In 2010, the Cypress Cemetery Association undertook the largest project since the addition of the Annex in 1901 when it constructed Sections 8 and 9 in the south west corner of the property adjacent to South Cove. Section 8 is where the columbarium niches are located while Section 9 is where the double depth burial vaults are installed The photos below show the 36 “double depth” vaults in Section 9 that were installed along the eastern fence line down by South Cove. Due to the cost and sandy nature of the soil, Cypress installs 36 vaults at a time and, when close to filled, install the next 36 in adjacent rows.  Although filling up, the available vaults are located along the eastern boundary of the property by South Cove.

The last three photos show the construction of the unique and custom built columbarium cases, each with 16 niches that have room for two urns.  In larger cemeteries, a field of vaults might be positioned according to survey and then back-filled in order to create a large plot area.   Most columbariums are designed as vertical walls.  The uniqueness of the Cypress site allow us to design something really original. 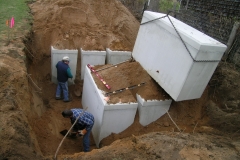 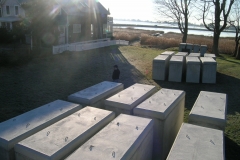 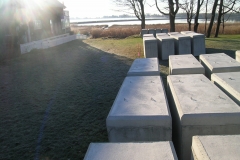 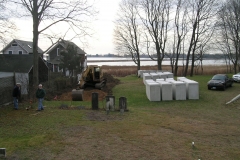 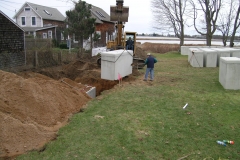 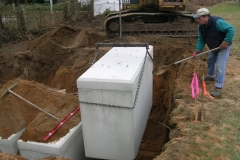 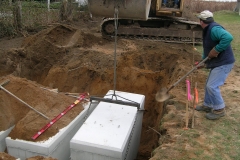 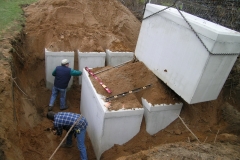 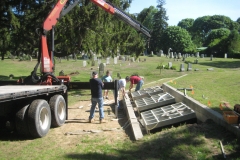 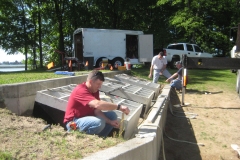 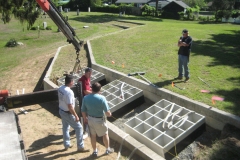