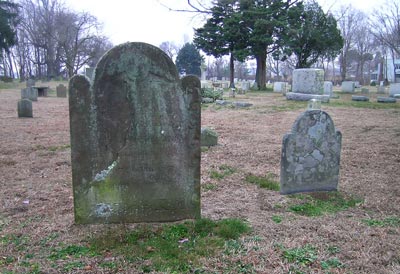 The two grave markers at left belong to Captain Samuel Doty (left) and his wife Ann (right). The Dotys baked bread at the corner of what is now Cromwell Street and North Cove Road in a small house that was greatly enlarged once in 1799 by Captain Willoughby Lynde, and then again in 2009/2010 by the present owner. In those earlier times, Cromwell Place was known as Fenwick Street and North Cove Road was known as Water Street. The Doty’s bakery was the original small porched structure which was said to be built in 1645, long before the Doty’s occupied it. The larger Lynde portion of the structure has been added on to as recently as 2009/2010. 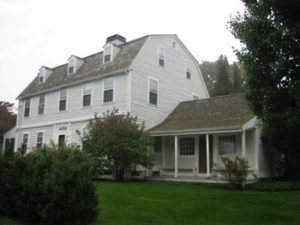 Captain Doty came from Boston to Saybrook and was involved in the West India trade.  In 1708, Doty married Ann, who was the youngest daughter of Reverend Thomas Buckingham. Although the Doty’s son Samuel left a sizable estate of 2,900 pounds, the Dotys weren’t likely the most influential residents on Saybrook Point. In essence, the Dotys weren’t perhaps as “well-to-do” or “famous” as a number of other residents, rather they were an important part of the community and the local economy. 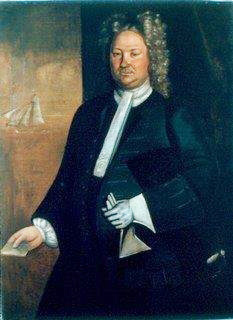 A portrait of Captain Samuel Doty is from circa 1735; the artist is unknown. The painting is presently on display at Shelburne Museum located in Shelburne, Vermont. Jacqueline Oak of the Rights and Reproductions office of the museum very kindly provided the photo of the painting for this website.